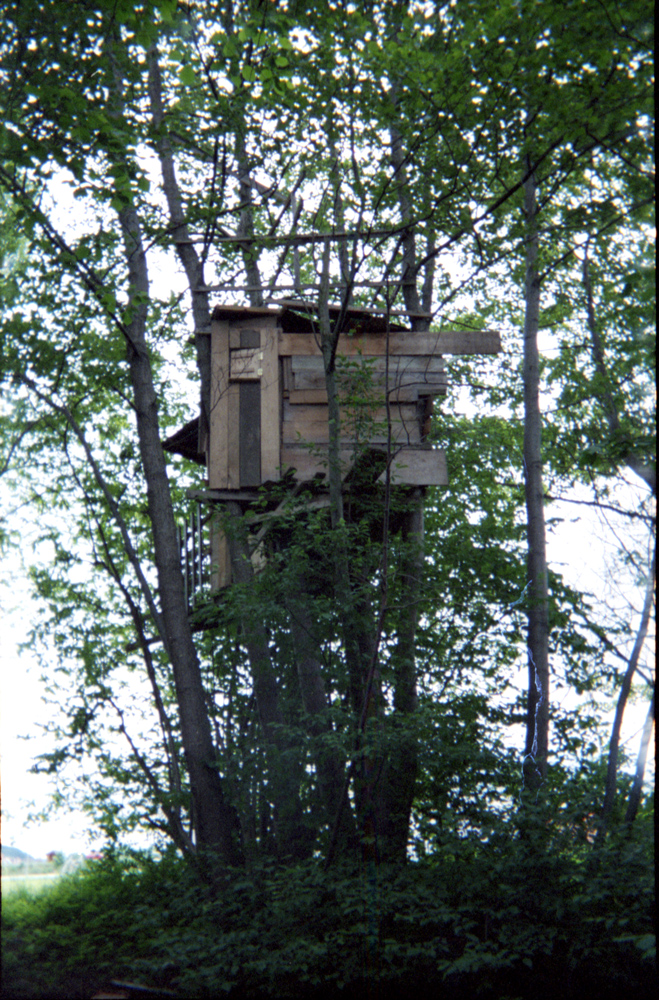 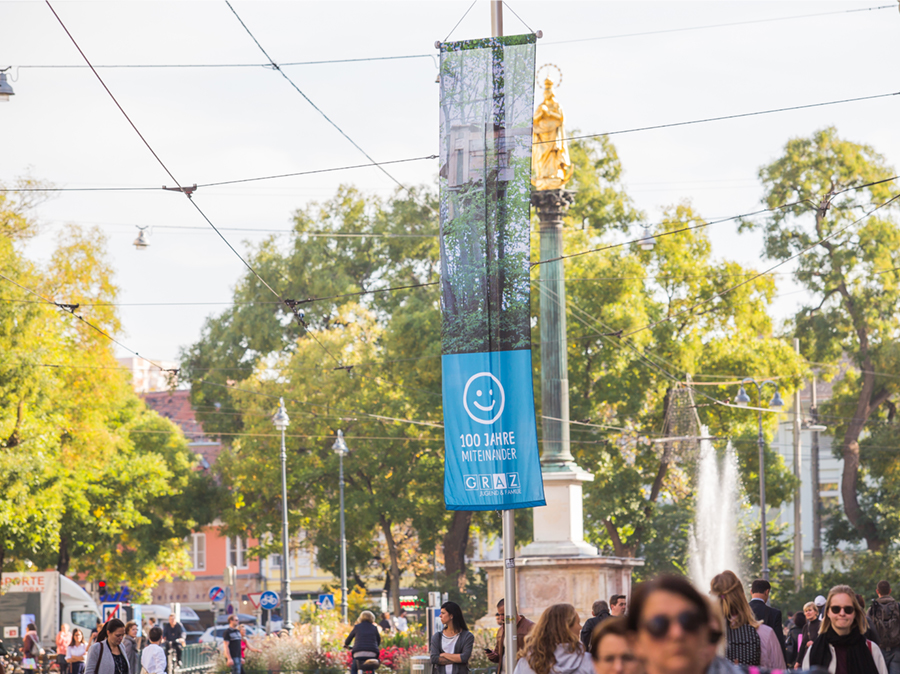 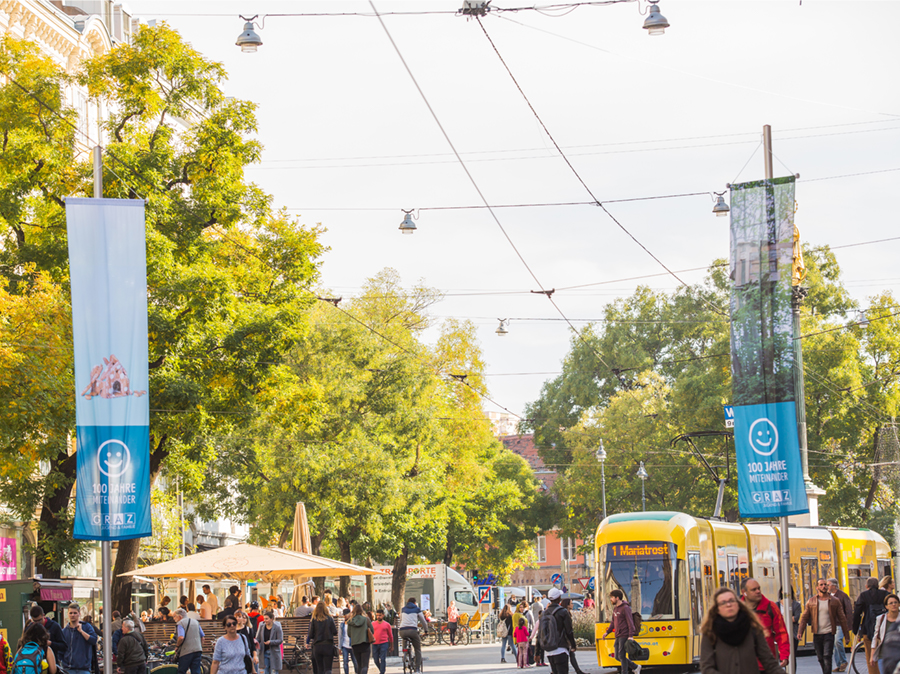 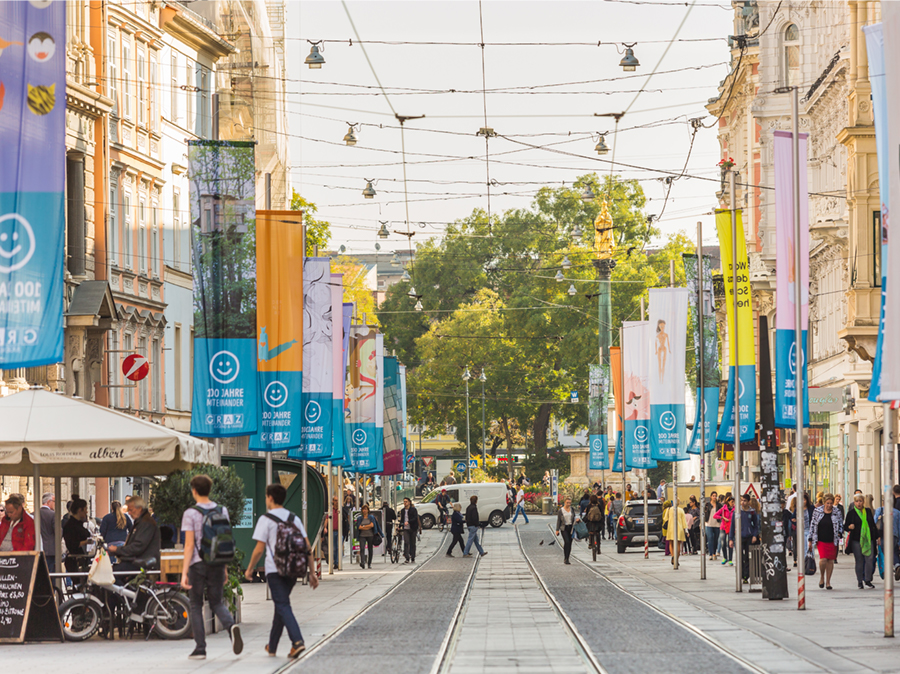 In one of our communication design lectures we did a project together with the Jugendamt Graz (youth welfare office of Graz) which had its 100th anniversary. They asked us to submit one work which represented our childhood. I chose an old photo of the treehouse, which I built together with my brother and two cousins when we were kids. In January 2017 there was an exhibition of our artworks and in summer the Herrengasse in Graz was framed with flags, where the artworks were printed on.

pictures of the flags: © Sabine Hoffmann

Copyright Stefanie Schafzahl 2021 - All Rights Reserved
Back To Top